Basics of Bodywork: The TTouches 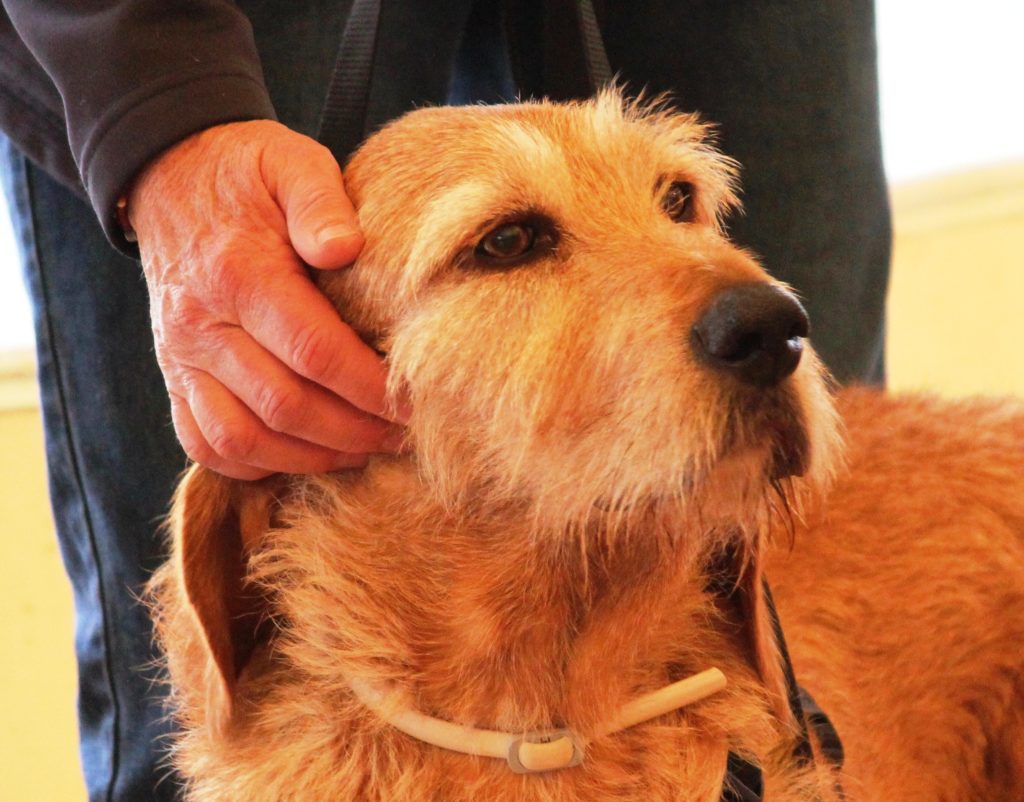 The bodywork component of the Tellington TTouch is comprised of a series of touches, many circular, made with the hands and fingers, intended to activate cellular function and to further deepen understanding and communication be‐ tween animal and human. 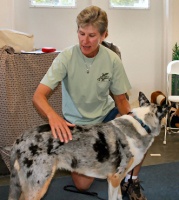 TTouch differs from energy work as well. Therapeutic Touch, Reiki, and other energy systems bring the life force into the being where TTouch affects the function of the cells; reminding the body of its perfect function.    That is to say, its function prior to dysfunctional tension patterns and postural habits that result from injury, poor handling, and simply life.  It works with the cells to help them function most effectively, giving the being the opportunity to awaken at a new level.

TTouch consists of a variety of light pressure touches and slides performed on the skin surface with mindfulness and focused attention as well as non‐habitual exercises with the extremi‐ ties. When doing TTouch we give the dog new information (experiences) by engaging the sen‐ sory aspect of the nervous system.

There are over 30 different TTouches, each providing a different sensation to the dog’s

body. The majority are named after animals, which helps us activate the right side of the brain and makes them easier to remember and visualize.

TTouches can be done all over the body but some are specific to particular areas or more suited to specific body parts. The intent of TTouch is to stimulate the body’s potential to heal and learn.

The level or pressure used and tempo, in addition to the animal names makes the TTouches easy to learn. Even though skills are refined with practice, an approximation of the technique will yield a positive response.

TTouches can be done all over the body but some are specific to particular areas or more suited to specific body parts. The intent of TTouch is to stimulate the body’s potential to relax, heal and learn.